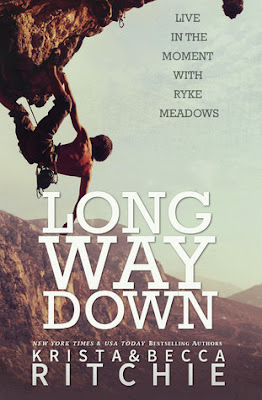 With a seven-year age difference, Ryke & Daisy have faced an uphill battle in the eyes of the world and their families. Known as the most adventurous, fast-paced couple — their next step has always been elusive to the rabid media.

Behind the scenes, heartbreaking troubles continue to test Ryke & Daisy’s resilience and shape their future together.

They promise: To never slow down. To never compromise who they are. To never abandon their love for each other.

But preserving their happiness also means adding more risks. Ones that Connor Cobalt wouldn’t even take. As a professional free-solo climber, Ryke is no stranger to risk, but his next step with Daisy wagers more than just his health.

With their lives on the line, Ryke & Daisy head towards the vast, wild unknown in this epic final conclusion to the Addicted series.

It's highly recommended to read the books in the recommended reading order, which is in tangent with the Addicted series. 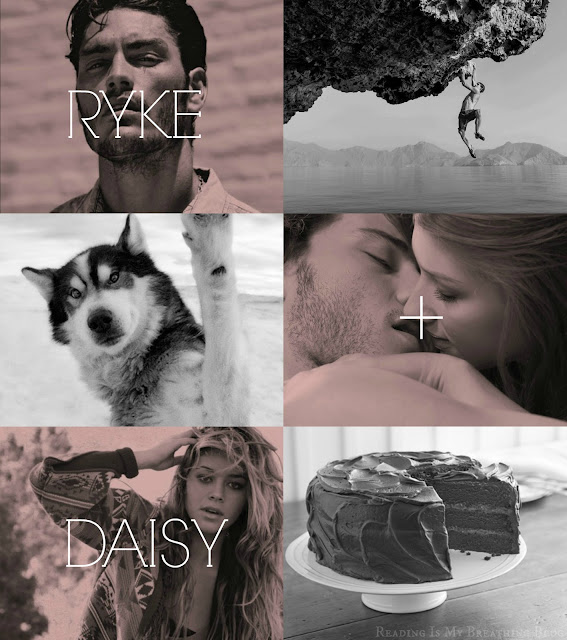 I have a big and probably unpopular confession to make. (No rotten tomatoes, please!) I never truly liked Raisy and Hothouse Flower is my least favorite book in series (even though it is still better than many other NA novels out there). There were many reasons why Ryke and Daisy never worked for me as a couple before. It was mainly Daisy's recklessness in comparison with Ryke's selflessness. They just weren't a good match in my opinion and their risk-taking has always made me feel very uncomfortable. I absolutely loved how Daisy's relationships with her older sisters developed throughout the series. I adored Ryke's special relationships with Lo and Connor. Simply said, I liked them as a part of Addicted gang but I never shipped Ryke & Daisy, I was never a fan of them as a couple. Until now. This book changed it! Ryke's & Daisy's risk-taking was finally properly addressed in this instalment and now I understand them and like them as a couple even if I still don't 100% agree with their lifestyle.

I have always held great respect towards Ryke. He earned my admiration pretty early in the series but he positively surprised me in this book again. His selfless and giving nature has no bounds and I applaud Krista & Becca Ritchie for creating such an admirable character.

Daisy Calloway is all grown up. While this phrase was applied in Hothouse Flower to describe Daisy's looks, I think that this phrase fits Daisy in this book in mental sense as well. Because whereas in previous books I always found moments when I was annoyed by Daisy, I'm happy to say that I finally saw eye to eye with her in this novel. Daisy underwent huge personal transformation process to reach mental maturity throughout this series and I dare to say that it was partly because of adult-like problems she had to face in this book. She is still the most reckless one out of whole gang but at least she isn't irritating anymore. Once again, I have to applaud Krista & Becca Ritchie for such realistic and believable character development.


Do you need more reasons to read this book (series)? First of all, I absolutely love how Krista & Becca Ritchie can use the most basic every-day real-life events, compose them into the story and make intense and captivating reading experience out of them. Secondly, both authors are perfect at creating touching and realistic family moments (brotherly, sisterly, parental, etc.) in their books. Yes, there were tears while I read this book. Krista & Becca are that good. Long Way Down is an emotional conclusion to ONE-OF-A-KIND series and I incite you to start this series right now if you haven't done so yet!

HAVE YOU STARTED THIS SERIES YET?
WHO IS YOUR FAVORITE COUPLE?