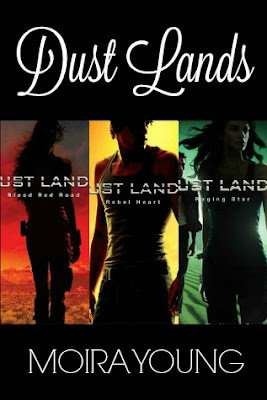 Saba lives in Silverlake, a wasteland ravaged by constant sandstorms where her family scavenge from landfills left by the long-gone Wrecker civilization. After four cloaked horsemen kidnap her beloved twin brother Lugh, she teams up with daredevil Jack and the Free Hawks, a girl gang of Revolutionaries.

Saba learns that she is a fierce fighter, an unbeatable survivor, and a cunning opponent. And she has the power to take down a corrupt society from the inside. Saba and her new friends stage a showdown that change the course of her civilization.

This is the most conflicted I have ever felt about book series. I adored some parts of this trilogy and hated the others. Let's see what are pluses and minuses of Dust Lands trilogy. 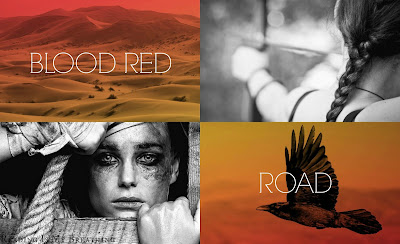 Saba, the narrator and heroine of this trilogy, is bold, rude, vicious and very determined. On the top of that she is selfish and stubborn. Surprisingly, instead of being annoyed with Saba, these character traits made her look more human in my eyes (not some idealized unrealistic saint).

Do you know what I like the most about dystopian genre? I love how it focuses on humanity, on its worst and best parts, showing the depths to which people would go to survive. The constant struggle, the constant fight between morals and selfish will to survive in wicked world so different from ours, that is what I like the most about dystopian novels. And Dust Lands series is full of it. You can feel it from every page (especially in Blood Red Road). I love this kind of intensity because it gives me big feels. And emotional reads always stay with me for the longest.

(+) CHEMISTRY IN THE FIRST BOOK

There was so much chemistry between Saba and Jack in Blood Red Road. Just the two of them talking together was sparkling. What a shame it doesn't reach next books in trilogy. 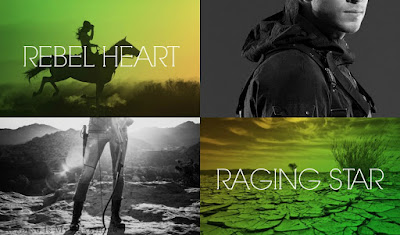 Made up slang, no proper grammar, no quotation marks, etc. I admit that I found it interesting and unique at the beginning. But later on it was very distracting and discouraging.

Surely, you are wondering what possessed me to rate sequels so poorly after liking first book in series so much. Answer is simple. Everything that I liked about characters and storyline in Blood Red Road was missing in sequel. Thrilling fights for survival - gone. Smart heroine - gone. Potent chemistry - gone. Addictive plot - gone. I was so disappointed that I even contemplated to forget that I ever read sequel and to pretend that Blood Red Road was a standalone. Rebel Heart turned into something I hate - almost every important male character had romantic feelings for Saba. I hate this trope in all kinds of genres. It's huge pet peeve of mine and if it wasn't for great first and last chapter, I would give Rebel Heart only one star. But curious creature that I am, I had to pick the third book up as well. Even though Raging Star was slightly better than Rebel Heart, it still didn't live up to my expectations I had after falling in love with first book.

I am not fan of The Darkling Syndrome and unfortunately, this series suffers from it. (Those of you who are not familiar with Grisha Trilogy, The Darkling Syndrome is what I call a situation in books when heroine develops some kind of feelings/connection to villain and this connection disables her to fight villain properly.) It drove me crazy. So even though storytelling in this series is great, I didn't like at all how story developed. It had negative effect on my emotional investment in the story and sadly, I wasn't rooting for the heroine in books #2 and #3. But it is only my personal feeling. I do think that first book is worth reading. And who knows, maybe you would feel differently about the story development that I did.

WHAT DO YOU LIKE THE MOST ABOUT DYSTOPIAN NOVELS?
HAVE YOU READ THIS TRILOGY? DO YOU PLAN TO?

Lucia is 29 years old passionate reader and reviewer who enjoys talking about all bookish things. Currently she lives in Prague, works in business industry and dreams of starting her own publishing company. Her weakness? She can never say no to cake, coffee or good novel.
Email ThisBlogThis!Share to TwitterShare to FacebookShare to Pinterest
Štítky: completed series, dystopia, YA
NO MORE WAITING #5: DUST LANDS BY MOIRA YOUNG
2015-12-07T09:00:00+01:00
Lucia @Reading Is My Breathing
completed series|dystopia|YA|
Newer Post Older Post Home
Subscribe to: Post Comments (Atom)