When Lucy walks out of a frozen forest, wearing only a silk dress and sandals, she isn’t sure how she got there. But when she sees Colin, she knows for sure that she’s here for him.

Colin has never been captivated by a girl the way he is by Lucy. With each passing day their lives intertwine, and even as Lucy begins to remember more of her life—and her death—neither of them is willing to give up what they have, no matter how impossible it is. And when Colin finds a way to physically be with Lucy, taking himself to the brink of death where his reality and Lucy’s overlap, the joy of being together for those brief stolen moments drowns out everything in the outside world. But some lines weren’t meant to be crossed…

Sublime is bizarre but fascinating story about troubled sensitive boy and strange lost girl who is not really a girl. Colin and Lucy understand each other perfectly, but what will this special connection cost them?

Are you intrigued? I definitely was. Poetic writing, dual POV, intense characters. Sublime definitely isn't traditional YA paranormal story. It is a story about obsessive connection, about insane lenghts person would go to just to be with someone he is in love with.

A boy and a ghost girl. I knew there was no rational way that this story could end up happily, yet I couldn't stop reading, waiting for the "train wreck" to happen. Throughout the whole book I had no idea how it all would play out and that was exactly what kept me reading.

Most of the book I was rooting for Colin and Lucy to find a way to be together, until I suddenly wasn't. What happened? I was waiting for some kind of characters developement but it never came. Than story took quick turn into territory that made me really uneasy. I am all for fighting for you love, but everyone should draw a line. And for me that line is in the moment when being with someone is harmful for your health and your life in general. And even though this is fiction, I just couldn't enjoy reading about one of characters recklessly and repeatedly risking his life because of his "girlfriend".

However, I would like to emphasize the fact that writing was really good and beautiful. So even though plotline didn't work for me, do not make this fact discourage you from the reading. Who knows, you may end up loving it.

Email ThisBlogThis!Share to TwitterShare to FacebookShare to Pinterest
Štítky: paranormal, YA

REVIEW: Find You in the Dark by A. Meredith Walters 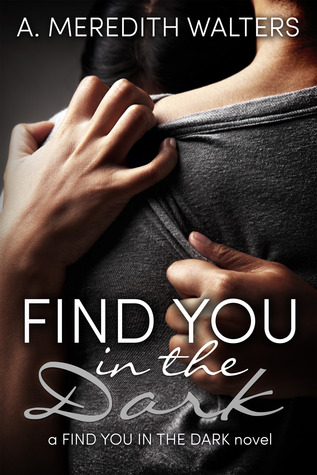 Written by: A. Meredith Walters

Clayton Reed was running from his past and an army of personal demons that threatened to take him down. He never thought he had a chance at happiness. Until her.

Maggie thought their love could overcome anything. Clay thought she was all he needed to fix his messy life. That together, they could face the world. But the darkness is always waiting.

Sometimes the greatest obstacle to true love is within yourself.

Maggie is opinionated and straightforward 17-years-old teenager with normal life. But when secluded and unpredictable new boy comes to school, her life is about to be completely changed...

What started as ordinary teenage romance story, turned into intense and gut-wrenching story of two young people who learnt the hardest way that love and friendship are not always enough to solve real big problems in your life. This story shows us the disastrous consequences of obsessive and dysfunctional teenage love and believe me, it was not easy to read about.

I have to admit that I really liked author's depiction of teenagers and their thinking. She managed to describe typical teenage behaviour and feelings to a T. Yes, she may have touched some clichés but otherwise, I was impressed with her storytelling skills and I definitely plan to read more by this author.

However, I struggled with paying 100% attention when reading this book. It just never grabbed me, it never captivated me. I was never living this story together with characters. I read some other books dealing with the same isuess of mental illness and unfortunatelly Find You in the Dark did not reach its potential in my eyes.

In preperation for release of final instlament in All Souls Trilogy, I decided to re-read previous books. I am glad to inform you that they are even better second time arround. Here are my thoughts. 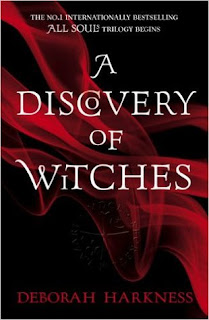 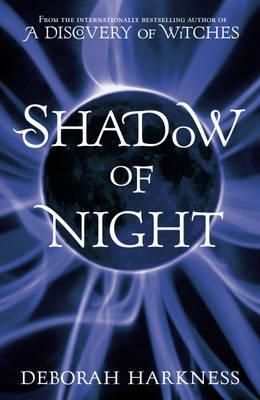 A richly inventive novel about a centuries-old vampire, a spellbound witch, and the mysterious manuscript that draws them together.

Deep in the stacks of Oxford's Bodleian Library, young scholar Diana Bishop unwittingly calls up a bewitched alchemical manuscript in the course of her research. Descended from an old and distinguished line of witches, Diana wants nothing to do with sorcery; so after a furtive glance and a few notes, she banishes the book to the stacks. But her discovery sets a fantastical underworld stirring, and a horde of daemons, witches, and vampires soon descends upon the library. Diana has stumbled upon a coveted treasure lost for centuries-and she is the only creature who can break its spell.

Debut novelist Deborah Harkness has crafted a mesmerizing and addictive read, equal parts history and magic, romance and suspense. Diana is a bold heroine who meets her equal in vampire geneticist Matthew Clairmont, and gradually warms up to him as their alliance deepens into an intimacy that violates age-old taboos. This smart, sophisticated story harks back to the novels of Anne Rice, but it is as contemporary and sensual as the Twilight series-with an extra serving of historical realism. 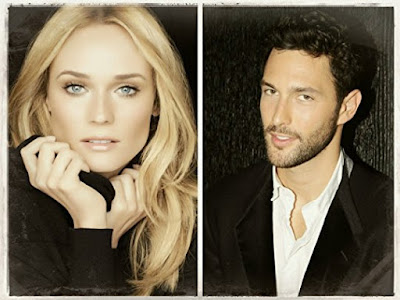 I am not exaggerating when I say that this is the most fascinating paranormal story I have ever read in my life.

Discovery of Witches is splendid combination of history, science, romance and action. This book is full of knowledge and interesting facts wrapped up in beautiful paranormal story.

Discovery of Witches is kind of book that will make you fly over the pages, eager to find out what will happen next and than make you feel like re-reading it all over again right after you finish.

Discovery of Witches is story about independant witch Diana and enigmatic vampire Matthew. And I am happy to say that heroine in this novel is no damsell in distress complaining all the time. On the contrary, she is more than able to take care of herself. And I absolutely loved it.

A must-read for all lovers of smart and paranormal!

IT BEGAN WITH A DISCOVERY OF WITCHES.

Historian Diana Bishop, descended from a line of powerful witches, and long-lived vampire Matthew Clairmont have broken the laws dividing creatures. When Diana discovered a significant alchemical manuscript in the Bodleian Library,she sparked a struggle in which she became bound to Matthew. Now the fragile coexistence of witches, daemons, vampires and humans is dangerously threatened.

Seeking safety, Diana and Matthew travel back in time to London, 1590. But they soon realise that the past may not provide a haven. Reclaiming his former identity as poet and spy for Queen Elizabeth, the vampire falls back in with a group of radicals known as the School of Night. Many are unruly daemons, the creative minds of the age, including playwright Christopher Marlowe and mathematician Thomas Harriot.

Together Matthew and Diana scour Tudor London for the elusive manuscript Ashmole 782, and search for the witch who will teach Diana how to control her remarkable powers... 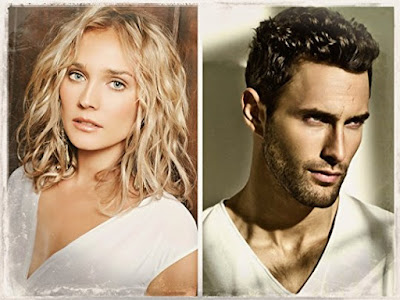 Wow, what a sophisticated and remarkable story! Shadow of Night was like nothing I have ever read before and it surpassed all my expectations. This book offers the most amazing mixture of romance, history, paranormal and action. It was equally good (if not better) as first book and I enjoyed reading this book immensely. 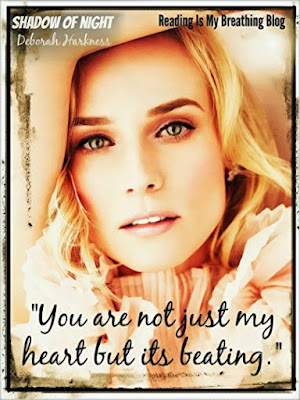 Shadow of Night is that kind of book which you cannot put down because you need to know how things are going to end up. Simultaneously, you are trying to read it slowly because you never want to finish it.

Shadow of Night is eventful book, there is no single boring part since something is happening all the time. It was really fascinating to read about Diana's encouters with famous historical figures and her attempts to merge into world in 1590. And while first half of the book was interesting, second half was absolutely exciting and thrilling because of all that magical things Diana learnt about herself.

This book is full of new characters which I grew fond of immediately. Especially the Matthew's father and nephew. What is it about the men from de Clairmont family? It is impossible to resist them. Matthew in particular! And the bond that Diana and Matthew developed in this book was so beautiful and it made their relationship perfect in my eyes.

Shadow of Night answered plenty of questions about Diana's magical powers, Ashmole 782 manuscript and de Clairmont family. But one questions remained unanswered - how I am going to handle the waiting for the final book?