Evangeline finally got what she longed for – the cursed pendant off her neck and Caden in her arms - only it has come at a steep price. An unknown poison now courses through her body, slowly morphing her into something no one but the Fates can foresee. She has her suspicions though...and, if she is right, it will spell certain ruin for her and Caden. She won’t last long enough to realize that though, if Viggo and Mortimer uncover the treasonous secrets she keeps from them– that Veronique is now free of her entombment and in the torturous clutches of the Witches and the Sentinel or that she is protecting a Sentinel within their very midst.

Always the naive human caught in the midst of the vampires’ web of deceit, Evangeline is now weaving her own dangerous web in order to keep her friend alive, rescue Veronique, and stop a seemingly inevitable war from starting. But can her honourable nature handle the depths of duplicity for which she must go to be in league with the Vampires?

Dark and gripping, full of angst-riddled scenes, Allegiance will have readers anxiously turning pages to find out if Evangeline can survive this spiralling disaster.

Oh man, the last 30% were spectacular! I am still trying to pull myself together after everything that happened!

It is difficult to tell anything without giving spoilers so all I am going to say is that K.A.Tucker freaking rocks! Casual Enchantment is one of the most original, thrilling and fascinating series I have ever read. It is a must read for all paranormal lovers. I could not put it down, it was full of unique twists and now I cannot wait for final instalment Anomaly! 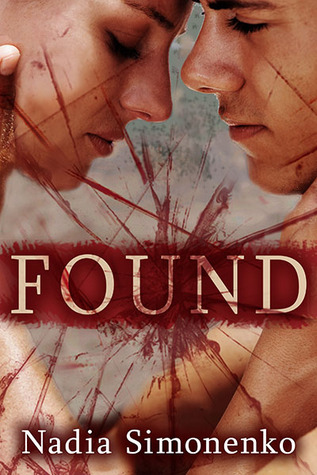 We’ll find each other somehow. We’re not lost anymore...

All it took was one phone call to tear Owen's life apart. His father is dead and his mother is in critical condition. Even though he feared his abusive father and despised his family, losing them hurts in a way he never expected. Just weeks ago, Owen was terrified that he'd have to go home. Now, there is no home.

All it took was one phone call to shatter Maria's happily-ever-after and bring her nightmares back to life. Maria's estranged brother is coming up to see her graduation and he isn't coming alone. He's bringing Maria's parents, as she expected, but he's also bringing along an old friend from college—someone who's haunted Maria's nightmares for seven years. Now, she's about to come face to face with the man who ruined her life.

Will the love and happiness Maria and Owen found be enough to hold them together as their lives fall apart around them, or will their relationship slip away and be lost forever?

My Owen and Maria:

After intense and emotional first book Lost I was looking forward to reading this sequel. Maria and Owen grew on me and I needed to know how will their story continue. And let me tell you, it was one heartbreaking ride...

After quite depressive first book, I thought I was ready for everything. I was wrong. Author shocked me within first couple of chapters.

This book follows the story of Owen and Maria right where we left them in previous book. Still in their last semester, Owen and Maria struggle to overcome their nightmares, while worrying about real life and what they are going to do after graduation. But they have each other for support, right?


"All it took for everything to fall apart again was one phone call."

How are they going to deal with their nightmares? Will they be able to face and than burry their demons once and for all?

My heart broke for Owen in first book and it was totally shattered in this sequel. He is probably the most broken character I have ever read about and his story is extremely painful. I wished I could have reached through my kindle, hugged him and just make him better.

Writing in this book has a personal feel to it. It seemed like author was just re-telling someone's true story. And it definitely made my reading experience more intense and powerful. If you enjoy reading emotional New Adult stories, definitely read this series, it is one of the best within its genre. I personally cannot wait for next stories by this author!