For this month's Two Quick Reviews post I decided to pick up and compare two recently released and highly praised fantasy fairy tale retellings. Who won?
"Red Riding Hood" or "Beauty and the Beast"? 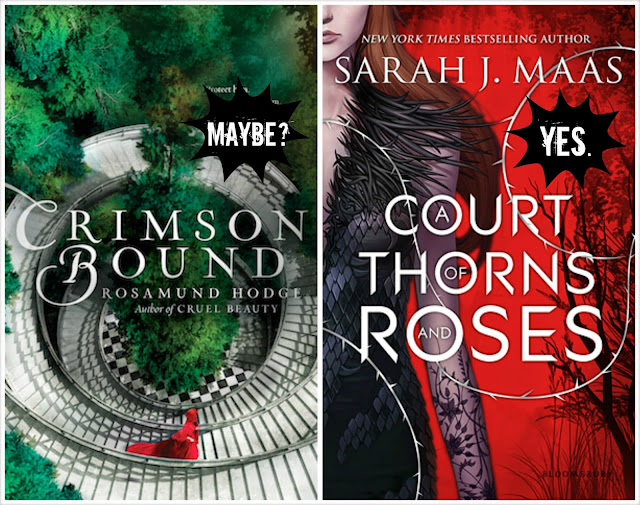 Just a little reminder, I started using "quick rating" with this feature last month. Here is detailed explanation in case you missed my April edition of Two Quick Reviews: 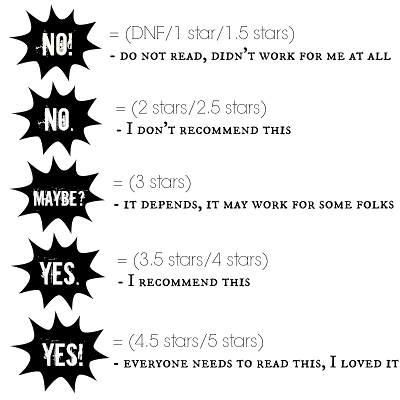 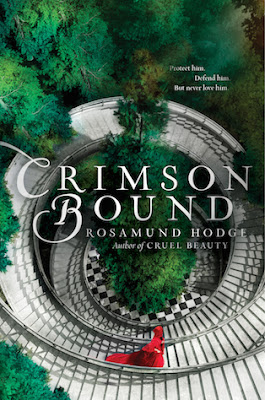 When Rachelle was fifteen she was good—apprenticed to her aunt and in training to protect her village from dark magic. But she was also reckless— straying from the forest path in search of a way to free her world from the threat of eternal darkness. After an illicit meeting goes dreadfully wrong, Rachelle is forced to make a terrible choice that binds her to the very evil she had hoped to defeat.

Three years later, Rachelle has given her life to serving the realm, fighting deadly creatures in an effort to atone. When the king orders her to guard his son Armand—the man she hates most—Rachelle forces Armand to help her find the legendary sword that might save their world. As the two become unexpected allies, they uncover far-reaching conspiracies, hidden magic, and a love that may be their undoing. In a palace built on unbelievable wealth and dangerous secrets, can Rachelle discover the truth and stop the fall of endless night?

Dark, mysterious and full of twists. I really enjoyed these particular aspects of this book. It took me some time to get used to author’s prosaic writing style. But by the end of this novel I grew fond of it and I plan to read some more by this author in the future.

Writing was great, atmosphere was fantastic but Crimson Bound lacked "the" spark that would make it a memorable read for me. So even with all the positives, Crimson Bound failed to impress me and get me personally involved in the story. Some parts even bored me a little bit and I had to force myself to keep reading until story picked up again.

It was all okay until heroine’s self-pity and frustrating decisions ruined it for me. I would prefer if whole novel stayed romanceless (as first half), rather than having this unnecessary love triangle that author presented later in the story. Still, I would recommend this for those who enjoy serious and darker undertone in YA fantasy genre as well as imaginative scenery and writing style. 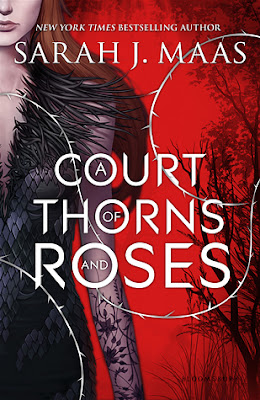 A Court of Thorns and Roses

When nineteen-year-old huntress Feyre kills a wolf in the woods, a beast-like creature arrives to demand retribution for it. Dragged to a treacherous magical land she only knows about from legends, Feyre discovers that her captor is not an animal, but Tamlin—one of the lethal, immortal faeries who once ruled their world.

As she dwells on his estate, her feelings for Tamlin transform from icy hostility into a fiery passion that burns through every lie and warning she's been told about the beautiful, dangerous world of the Fae. But an ancient, wicked shadow grows over the faerie lands, and Feyre must find a way to stop it . . . or doom Tamlin—and his world—forever.


As Sarah J. Maas's newbie, I wasn't sure what to expect from this book. Fortunately, result was quite satisfying. Engaging writing, fantastic scenery and great gradation of the plot - those are the best attributes of this book.

Call me crazy but I truly enjoyed how slow paced first 60% of this story was. It allowed for beautiful writing and detailed world-building to shine brightly. And most importantly, it created the best possible atmosphere for the start of magical chemistry between Feyre and Tamlin, the chemistry that gave me warm fuzzies and brought huge smile to my face.

However, I was a little bit frustrated with reckless heroine and with all those unnecessary complications she created. Partnered with the fact that I wasn't a big fan of side characters (sorry Lucien and Rhysand, you didn't impress me), ACOTAR did not reach a must-read status for me. Still, it was very enjoyable read and I recommend it to all lovers of fantasy romance!

So it was Feyre's & Tamlin's "Beaty and the Beast" story that won me over in this battle. What about you? HAVE YOU READ ANY OF THESE? BOTH? WHAT DID YOU THINK?

Lucia is 29 years old passionate reader and reviewer who enjoys talking about all bookish things. Currently she lives in Prague, works in business industry and dreams of starting her own publishing company. Her weakness? She can never say no to cake, coffee or good novel.
Email ThisBlogThis!Share to TwitterShare to FacebookShare to Pinterest
Štítky: fantasy, two quick reviews, YA
TWO QUICK REVIEWS: BATTLE OF FANTASY RETELLINGS
2015-05-09T21:30:00+02:00
Lucia @Reading Is My Breathing
fantasy|two quick reviews|YA|
Newer Post Older Post Home
Subscribe to: Post Comments (Atom)