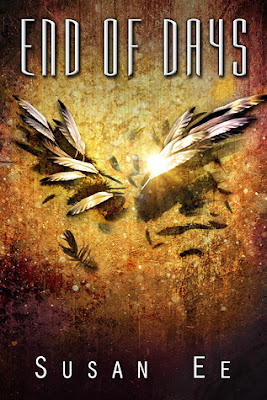 End of Days by Susan Ee

End of Days is the explosive conclusion to Susan Ee’s bestselling Penryn & the End of Days trilogy.

After a daring escape from the angels, Penryn and Raffe are on the run. They’re both desperate to find a doctor who can reverse the twisted changes inflicted by the angels on Raffe and Penryn’s sister. As they set off in search of answers, a startling revelation about Raffe’s past unleashes dark forces that threaten them all.

When the angels release an apocalyptic nightmare onto humans, both sides are set on a path toward war. As unlikely alliances form and strategies shift, who will emerge victorious? Forced to pick sides in the fight for control of the earthly realm, Raffe and Penryn must choose: Their own kind, or each other? 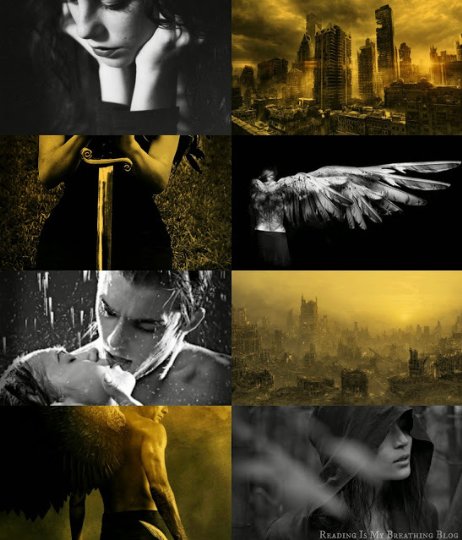 Since this is the last book in series and I don't want to spoil it for those who haven't read it yet, I'm going to keep my review sweet and short. Keep in mind that End of Days has quite different dynamics than previous instalments. So if you expect another Angefall and World After, you will be disappointed. Once I got used to this different "drive" (around 30%), I could not put this book down and read it in one sitting. And that is one of the best compliments I can pay to a book.

End of Days is one of the best stories about survival I have ever read. Humanity, its strengths and weaknesses are the main focus of this book. Author provided a powerful example of the best and the worst that humanity has to offer. It brought tears to my eyes, gave me goosebumps and most importantly it made me feel so much!

Now that Penryn and the End of Days series is over, I can say that it is most memorable and without the doubt my all time favorite series featuring star-crossed lovers. I think I have never shipped any YA couple as much as I ship Penryn & Raffe. (Only Josh & Sky from I'll Meet You There compare, but that is a story for another time.) And until the very end of this book I had no idea if Penryn and Raffe would get their HEA or not. Kudos to author for creating such amazing and unforgettable characters!

Click on pic to read my reviews of previous books:

Lucia is 29 years old passionate reader and reviewer who enjoys talking about all bookish things. Currently she lives in Prague, works in business industry and dreams of starting her own publishing company. Her weakness? She can never say no to cake, coffee or good novel.
Email ThisBlogThis!Share to TwitterShare to FacebookShare to Pinterest
Štítky: dystopia, must-read, paranormal, romance, urban fantasy, YA
REVIEW: END OF DAYS BY SUSAN EE (SPOILER-FREE)
2015-05-16T15:55:00+02:00
Lucia @Reading Is My Breathing
dystopia|must-read|paranormal|romance|urban fantasy|YA|
Newer Post Older Post Home
Subscribe to: Post Comments (Atom)