Summer entices us with its vacations and exotic destinations in foreign countries. If you are stuck at work all summer as I am, there is still a possibility to enjoy romantic summer atmosphere - through books. So in the spirit of summer, I decided to test two latest adventurous NA romances by Karina Halle. Which one won me over? 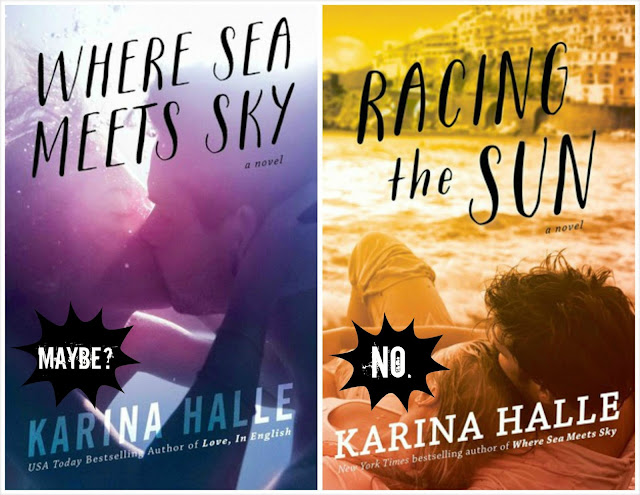 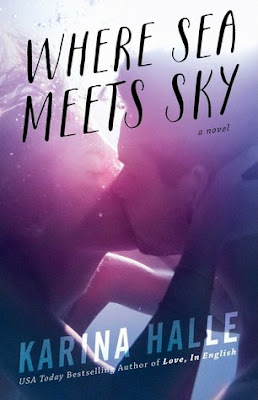 Joshua Miles has spent his early twenties spinning his wheels. Working dead-end jobs and living at home has left him exhausted and uninspired, with little energy to pursue his passion for graphic art. Until he meets Gemma Henare, a vivacious out-of-towner from New Zealand. What begins as a one-night stand soon becomes a turning point for Josh. He can't get Gemma out of his head, even after she has left for home, and finds himself throwing caution to the wind for the first time in his life.

It's not long before Josh is headed to New Zealand with only a backpack, some cash, and Gemma's name to go on. But when he finally tracks her down, he finds his adventure is only just beginning. Equally infatuated, Gemma leads him on a whirlwind tour across the beautiful country, opening Josh up to life, lust, love, and all the messy heartache in between. Because, when love drags you somewhere, it might never let go even when you know you have to say goodbye.

Once again, Karina Halle proves that she is one of my favorite authors when it comes to writing style. Her writing flows so easily, creates its own form of literary art and completely hooks you into the story. Add wonderful and awe-inspiring setting of New Zealand. The countryside was a character on its own and I really liked that.

I wasn't the biggest fan of heroine though. Gemma was the one to always make the wrong and annoying decisions and I was struggling with her character throughout the whole book. Same goes for romance. It didn't hit the right buttons for me. But since it wasn't the only focus of the story, I was still able to enjoy this novel. 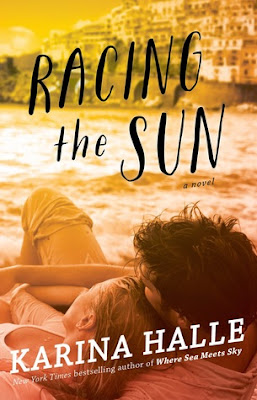 From the New York Times bestselling author of Where Sea Meets Sky comes a new adult novel about a young woman who becomes a nanny in Capri and falls for her charges’ bad-boy brother.

It’s time for twenty-four-year-old Amber MacLean to face the music. After a frivolous six months of backpacking through New Zealand, Australia, and Southeast Asia, she finds herself broke on the Mediterranean without enough money for a plane ticket home to California. There are worse places to be stuck than the gorgeous coastline of southern Italy, but the only job she manages to secure involves teaching English to two of the brattiest children she’s ever met.

It doesn’t help that the children are under the care of their brooding older brother, Italian ex-motorcycle racer Desiderio Larosa. Darkly handsome and oh-so-mysterious, Derio tests Amber’s patience and will at every turn—not to mention her hormones.

But when her position as teacher turns into one as full-time nanny at the crumbling old villa, Amber finds herself growing closer to the enigmatic recluse and soon has to choose between the safety of her life back in the States and the uncertainty of Derio’s closely guarded heart.

Racing the Sun is a novel with very simple and straightforward romance. It is something to read when you aren't in mood for angsty story. There is nothing wrong about that, right?

However, my biggest complain is that there was no build up to twists and there were huge holes in character development in this novel. Everything happened out of sudden and didn't suit the flow of the story. Hero (Desiderio) underwent so many big character changes that I had no idea who he truly was at the end of the book. From brooding mysterious man, to loving smitten boyfriend, to complete jerk in just couple of days. Changes were abrupt, didn't make sense and were completely out of character. (And if you are wondering... No, he did not suffer from bipolar disorder.) It all felt very unrealistic, serving just to advance plot in the way author desired without giving it any deeper thought.

What I cannot deny is that setting of Racing the Sun was beautiful. There is nothing more romantic than falling in love in some beautiful "exotic" destination. Still, my issues with storytelling were too big to overlook them and I feel sad that I could not give this book higher rating. 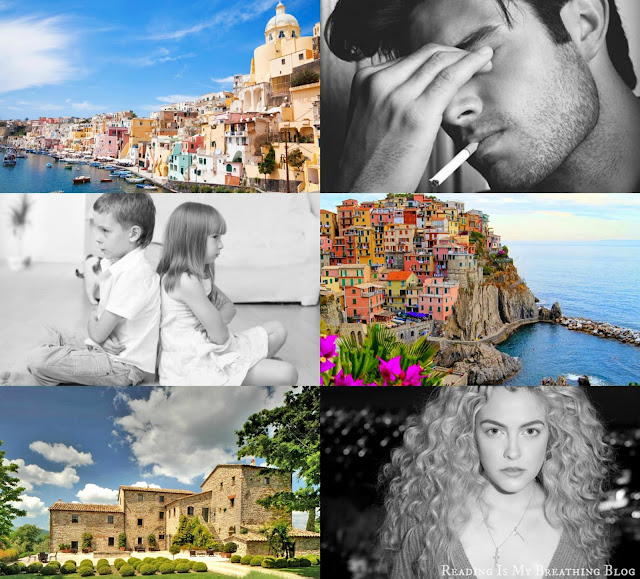 
Both novels depict exotic destinations in the most beautiful way (I was even inspired to make fanart graphics). However, I wasn't fan of romance and characters in neither of these books. Do you want intense and unforgettable romance set in foreign country? Try Love, In English by Karina Halle or The Blue Amaryllis by Sonia De Leon.

What is your favorite summer romance?
Can you recommend me any stories about falling in love in foreign country?