Stephen King has been my favorite author since I was 14 years old and read Firestarter for the first time. And because I had neglected Stephen King during last couple of years, last month I decided to rectify that. Best decision ever. 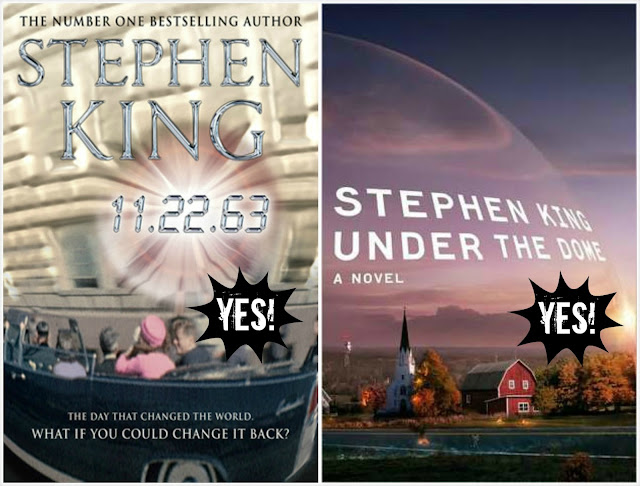 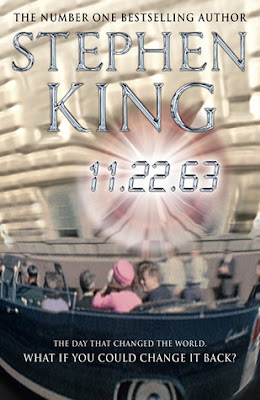 Life can turn on a dime—or stumble into the extraordinary, as it does for Jake Epping, a high school English teacher in Lisbon Falls, Maine. While grading essays by his GED students, Jake reads a gruesome, enthralling piece penned by janitor Harry Dunning: fifty years ago, Harry somehow survived his father’s sledgehammer slaughter of his entire family. Jake is blown away...but an even more bizarre secret comes to light when Jake’s friend Al, owner of the local diner, enlists Jake to take over the mission that has become his obsession—to prevent the Kennedy assassination. How? By stepping through a portal in the diner’s storeroom, and into the era of Ike and Elvis, of big American cars, sock hops, and cigarette smoke... Finding himself in warmhearted Jodie, Texas, Jake begins a new life. But all turns in the road lead to a troubled loner named Lee Harvey Oswald. The course of history is about to be rewritten...and become heart-stoppingly suspenseful.


ALL THE STARS AND ALL THE FEELS!

I have delayed writing this review for couple of days after finishing the book because I couldn’t let this novel go.

Mr. King proves once again that he is master storyteller, knows how to pay attention to details and is extremely rich with words. Whenever I finish book as great as this one (and it is not very often), I question my previous 5 stars ratings. Some of them simply can’t compare with book like 11/22/63 because it is in its own category of awesomeness. 11/22/63 has this special something that turns a good book into an unforgettable one.

I wholeheartedly recommend to everyone! 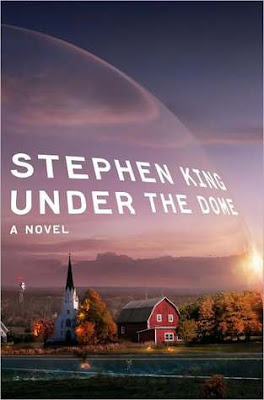 Under the Doma by Stephen King

On an entirely normal, beautiful fall day in Chester's Mill, Maine, the town is inexplicably and suddenly sealed off from the rest of the world by an invisible force field. Planes crash into it and fall from the sky in flaming wreckage, a gardener's hand is severed as "the dome" comes down on it, people running errands in the neighboring town are divided from their families, and cars explode on impact. No one can fathom what this barrier is, where it came from, and when -- or if -- it will go away.

Dale Barbara, Iraq vet and now a short-order cook, finds himself teamed with a few intrepid citizens -- town newspaper owner Julia Shumway, a physician's assistant at the hospital, a select-woman, and three brave kids. Against them stands Big Jim Rennie, a politician who will stop at nothing -- even murder -- to hold the reins of power, and his son, who is keeping a horrible secret in a dark pantry. But their main adversary is the Dome itself. Because time isn't just short. It's running out.


How come that Mr. King always comes up with such thrilling and detailed (but never boring) stories and characters that feel oh so real? It is impossible not to truly live his stories.

I admit, due too numerous POVs and narrations it took me a bit longer to get into this book. But once I got into it, I could not tear myself away from this book.

Under the Dome is great thriller about all kinds of people’s behavior and psyche in the time of crises when all old rules get bent and rewritten. Add mystery and sci-fi element and you have this superb story. I loved it.

Bottom line, Stephen King knows how to tell a story.

Read both of these books as soon as possible if you haven't done so yet!