WHAT BOOKS TO READ TO GET INTO HALLOWEEN MOOD 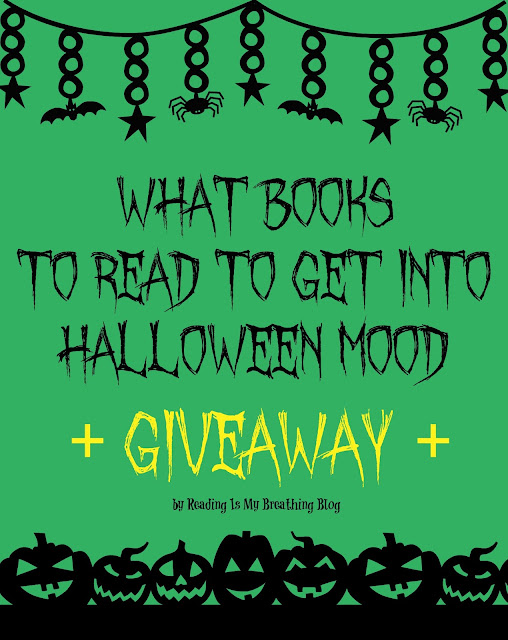 Zombies. Ghosts. Bad vampires. Devil. Monsters.
Do you fancy any of the above-named?
Are you in the mood for some scary read?
Two following authors will definitely give you your Halloween fix!


( MEET PRINCESS OF HORROR. HALLE IS FRESH, NEW AND TALENTED VOICE IN LITERATURE AND I ABSOLUTELY ADORE HER SCARY STORRIES! ) 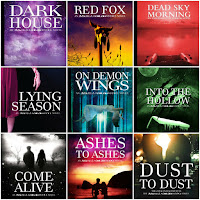 
"In a large, flaky nut­shell, the Exper­i­ment in Ter­ror Series is an nine-part sci-fi/fantasy/horror series that revolves around a pair of ghost hunters. Well, aspir­ing ghost hunters, any­way. After film­ing a creepy expe­ri­ence in her uncle’s dilap­i­dated light­house, 22-year old Perry Palomino becomes a YouTube and inter­net star overnight. She attracts the atten­tion of Dex Foray, a pro­ducer and cam­era­man for a site that spe­cial­izes in var­i­ous webisodes, who con­vinces her to be a host for a low-budget ghost hunt­ing series. The only prob­lem is, nei­ther Perry or Dex are entirely “with it” — I mean, they see ghosts, after all. And when the duo isn’t wrestling with their very notion of real­ity, they’re grap­pling with a work­ing rela­tion­ship that’s deep-cut with sex­ual ten­sion. As the series moves on, lead­ing Perry and Dex to new locales and super­nat­ural sit­u­a­tions, their lives become more and more inter­twined, where they dis­cover that ghosts aren’t the only things that can haunt them."

To sum this book up, The Devil's Metal is about 70s music; about sex, drugs and rock&roll and about some serious demon stuff... Dawn (the main protagonist of this novel) is 21 years old student, dreaming of becoming respected female music journalist. Altough as a woman in 70s, it is going to be very difficult to achieve. Then she gets unexpected but amazing offer - to participate on tour with famous and one of her favourite metal bands Hybrid and write about it. Now things are going to change drastically for Dawn... The whole Hybrid band and crew was fascinating. To read about backstage events of band tour in 70s was definitely very refreshing experience. But once Dawn sees band's true face and losts her ideals, everything starts to go downhill. Things become very creepy and dangerous. But I do not want to give anything away, you will just have to read it yourself. It is worth it!

THE DONNERS OF THE DEAD

18-years old half-native tracker girl and arrogant former Texas ranger. It’s 1851 when Eve and Jack, together with a group of poeple, set up on dangerous search expedition into the local cold mountains. If only they knew what kind of evil would be awaiting them... Historical romance, fascinating Indian’s legends, gore, a lot of action and zombies. Donners of the Dead will become your new favourite!

( OLDIE BUT GOODIE. MR. KING IS STILL MY KING OF HORROR STORIES. )

THE SHINING (The Shining #1)


This novel needs no introduction. It is my favorite horror story of all time. Nothing else was able to beat it through out the years.
"Danny was only five years old but in the words of old Mr Halloran he was a 'shiner', aglow with psychic voltage. When his father became caretaker of the Overlook Hotel his visions grew frighteningly out of control.  As winter closed in and blizzards cut them off, the hotel seemed to develop a life of its own. It was meant to be empty, but who was the lady in Room 217, and who were the masked guests going up and down in the elevator? And why did the hedges shaped like animals seem so alive?  Somewhere, somehow there was an evil force in the hotel - and that too had begun to shine..."

A horror classic.
"Carrie knew she should not use the terrifying power she possessed... But one night at her senior prom, Carrie was scorned and humiliated just one time too many, and in a fit of uncontrollable fury she turned her clandestine game into a weapon of horror and destruction..."


Bad vampires. Not sophisticated sparkling ones. But those that hunt your loved ones, turn them into monsters and then come after you. Are you ready?
"Thousands of miles away from the small township of 'Salem's Lot, two terrified people, a man and a boy, still share the secrets of those clapboard houses and tree-lined streets. They must return to 'Salem's Lot for a final confrontation with the unspeakable evil that lives on in the town."

Children of the Corn. Rings a bell?
"From the depths of darkness, where hideous rats defend their empire, to dizzying heights, where a beautiful girl hangs by a hair above a hellish fate, this chilling collection of twenty short stories will plunge readers into the subterranean labyrinth of the most spine-tingling, eerie imagination of our time."

DO YOU LIKE TO READ SCARY BOOKS?
WHO IS YOUR GO-TO AUTHOR WHEN YOU ARE IN MOOD FOR HORROR READ?

Lucia is 29 years old passionate reader and reviewer who enjoys talking about all bookish things. Currently she lives in Prague, works in business industry and dreams of starting her own publishing company. Her weakness? She can never say no to cake, coffee or good novel.
Email ThisBlogThis!Share to TwitterShare to FacebookShare to Pinterest
Štítky: giveaway, horror, tips & discussions
WHAT BOOKS TO READ TO GET INTO HALLOWEEN MOOD
2015-10-24T09:00:00+02:00
Lucia @Reading Is My Breathing
giveaway|horror|tips & discussions|
Newer Post Older Post Home
Subscribe to: Post Comments (Atom)