PESTILENCE - MY FIRST DISAPPOINTMENT OF 2018

Last month, I fell in love with the blurb of Pestilence and one-clicked it as soon as it was released. Imagine my disappointment when I found out that story was nothing like I had expected it to be... 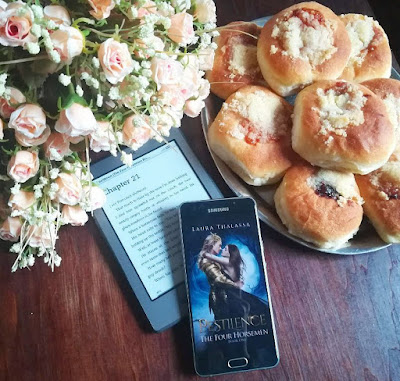 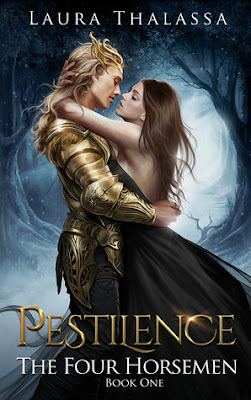 When Pestilence comes for Sara Burn’s town, one thing is certain: everyone she knows and loves is marked for death. Unless, of course, the angelic-looking horseman is stopped, which is exactly what Sara has in mind when she shoots the unholy beast off his steed.
Too bad no one told her Pestilence can’t be killed.

Now the horseman, very much alive and very pissed off, has taken her prisoner, and he’s eager to make her suffer. Only, the longer she’s with him, the more uncertain she is about his true feelings towards her … and hers towards him.

And now, well, Sara might still be able to save the world, but in order to do so, she'll have to sacrifice her heart in the process.


Worldbuilding - 2 STARS
Pestilence is a romance set in dystopian world but in its core this is not a dystopian novel. This should serve as a warning for all of you hardcore dystopian/fantasy/paranormal lovers who (like me) expect actual worldbuilding when presented with new world/creatures - there is almost none worldbuilding in this book.

Plot line - 1 STAR
Worldbuilding aside, this novel also lacks plot. Literally, there wasn't happening anything remarkable that would push story forward. There was only annoying bickering between MCs and nothing else! I can't remember the last time when I was bored as much as while reading Pestilence.

Romance - 1 STAR
The worst thing about this novel - romance was one big failure. To be honest, I found romance in this book disgusting and not romantic at all. There even wasn't any chemistry between Sara and Horseman, at least I didn't feel it. Author set on a quest to make a complete villain into romantic hero but it didn't work out. "Hero's" transformation was unrealistic, fairytale-like and just plain stupid. Author made it look as if hero wanted to change just so he could win Sara over, not because he realized his wrongdoings. Moreover, there was no believable romance development at all. Except for lust, I had no idea what Pestilence saw in Sara and vice versa. How could she even consider indulging such a soulless creature? How could she even think about having sex with THE killer while being witness to all those terrible deaths all around her? But what could I expect from one-dimensional characters... Simply said, I couldn't find it in me to root for the "romance". If you want truly good and believable romance with somehow evil but complex hero, go for Extinguish by J.M. Darhower and avoid this book.

If above mentioned factors don't deter you from enjoying a novel, then pick this book up. But it wasn't for me at all. What a disappointment and waste of my time!

WHAT WAS THE LAST BOOK THAT CAUSED YOU
SUCH A HUGE DISAPPOINTMENT?

Lucia is 29 years old passionate reader and reviewer who enjoys talking about all bookish things. Currently she lives in Prague, works in business industry and dreams of starting her own publishing company. Her weakness? She can never say no to cake, coffee or good novel.
Email ThisBlogThis!Share to TwitterShare to FacebookShare to Pinterest
Štítky: dystopia, not-recommended, paranormal
PESTILENCE - MY FIRST DISAPPOINTMENT OF 2018
2018-04-04T15:08:00+02:00
Lucia @Reading Is My Breathing
dystopia|not-recommended|paranormal|
Newer Post Older Post Home
Subscribe to: Post Comments (Atom)