Do you like survival stories? I do. Today I have two for you.
One set in the past, the other one in the future. Which one won me over? 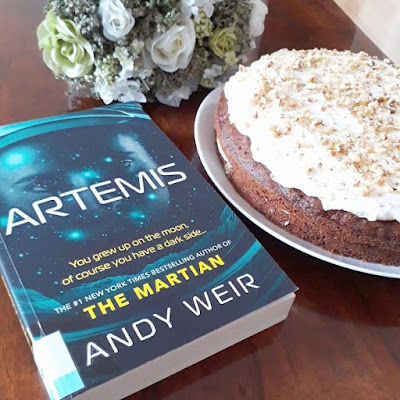 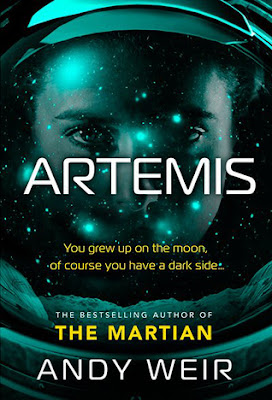 Jazz is a small time criminal, subsidising work as a porter on the moon with smuggling a little contraband. But it’s never enough.

When she’s offered the chance to get rich quick she jumps at it. But planning the perfect crime in 1/6th gravity was never going to be easy, especially as there is a conspiracy at the heart of Artemis.


Setting – 4 STARS
Sci-fi nerd in me really enjoyed the setting. I liked a lot how authentic it felt, how detailed everything was.

Narrator – 1 STAR
If only Jazz (main character) was more lovable and less of an a$$hole to other people. I didn’t like her crudeness and rudeness at all. It was impossible to connect with her and root for her. I didn’t care for her one iota and to tell the truth I couldn’t stand her after a while. Author definitely failed big time in narrator department.

Storyline – 2 STARS
Now to the story itself. Artemis is part heist, part survival story. For all intents and purposes, I found the whole concept of the heist pointless and boring. The “fun” didn’t started until the after part when everything went south and start for the survival began. However, it was too late for me to get into the book and enjoy it.

Recommended only for true lovers of all sci-fi and scientific. 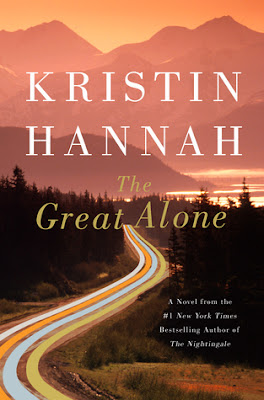 Alaska, 1974.
Unpredictable. Unforgiving. Untamed.
For a family in crisis, the ultimate test of survival.

Ernt Allbright, a former POW, comes home from the Vietnam war a changed and volatile man. When he loses yet another job, he makes an impulsive decision: he will move his family north, to Alaska, where they will live off the grid in America’s last true frontier.

Thirteen-year-old Leni, a girl coming of age in a tumultuous time, caught in the riptide of her parents’ passionate, stormy relationship, dares to hope that a new land will lead to a better future for her family. She is desperate for a place to belong. Her mother, Cora, will do anything and go anywhere for the man she loves, even if it means following him into the unknown

At first, Alaska seems to be the answer to their prayers. In a wild, remote corner of the state, they find a fiercely independent community of strong men and even stronger women. The long, sunlit days and the generosity of the locals make up for the Allbrights’ lack of preparation and dwindling resources.

But as winter approaches and darkness descends on Alaska, Ernt’s fragile mental state deteriorates and the family begins to fracture. Soon the perils outside pale in comparison to threats from within. In their small cabin, covered in snow, blanketed in eighteen hours of night, Leni and her mother learn the terrible truth: they are on their own. In the wild, there is no one to save them but themselves.

In this unforgettable portrait of human frailty and resilience, Kristin Hannah reveals the indomitable character of the modern American pioneer and the spirit of a vanishing Alaska―a place of incomparable beauty and danger. The Great Alone is a daring, beautiful, stay-up-all-night story about love and loss, the fight for survival, and the wildness that lives in both man and nature.

Plotline – 5 STARS
The Great Alone is rough story of survival. Not only survival in beautiful but hard Alaska, but also a survival of family in dark crises. It is very strong story with rollercoaster of emotions that made me read long into the night hours. I appreciate the fact that in its essence this is a coming-of-age story yet I would never classify it as NA novel because it is so much more! Author touched the right buttons for me with this book and I enjoyed reading it immensely. Moreover, I loved how strong majority of women in this novel were while maintaining their kindness and selflessness (yes, it is possible to come out as a strong person without being selfish). It was very inspiring.

Narration – 4 STARS
It was very interesting to see it all through the eyes of teenager. Most of the stories about PTSD caused by war that I read were either from wife’s or husband’s POV. Reading it via their teenage daughter’s perspective gave the topic whole new meaning. I really liked Leni’s voice. I connected with her very quickly and enjoyed reading about the way she navigated her life through wild Alaskan nature as well as through toxic dysfunctional family life.

Storytelling – 1 STAR
Even though writing itself was high-level, I had a problem with pacing. In the first 75% story developed gradually but afterwards, it felt like author didn’t make use of all the potential that setting and storyline provided and rushed things without paying enough attention to important stuff and turned the story into over-the-top drama instead. So even though it pains me to admit, I lost my investment in the story in the last couple of chapters. They had completely different feel and disrupted the flow of the story for me. Simply said, ending was a storytelling mess.

Overall, The Great Alone was a good read that helped me to break out of a reading slump. Recommended!

This is a no-brainer. If you want a good survival story, go for The Great Alone.
It is better in all ways that count.

ANY SUGGESTIONS FOR OTHER GREAT SURVIVAL STORIES?

Lucia is 29 years old passionate reader and reviewer who enjoys talking about all bookish things. Currently she lives in Prague, works in business industry and dreams of starting her own publishing company. Her weakness? She can never say no to cake, coffee or good novel.
Email ThisBlogThis!Share to TwitterShare to FacebookShare to Pinterest
Štítky: history, sci-fi, two quick reviews
BATTLE OF SURVIVAL STORIES: SCI-FI VS. HISTORICAL
2018-03-08T15:14:00+01:00
Lucia @Reading Is My Breathing
history|sci-fi|two quick reviews|
Newer Post Older Post Home
Subscribe to: Post Comments (Atom)