NO MORE WAITING #7: THE WINNER'S TRILOGY 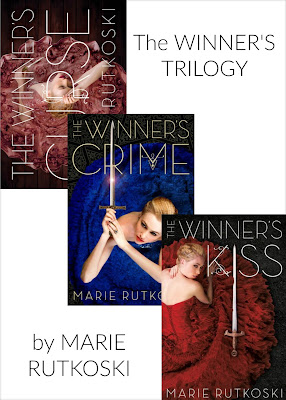 Winning what you want may cost you everything you love...

As a general’s daughter in a vast empire that revels in war and enslaves those it conquers, seventeen-year-old Kestrel has two choices: she can join the military or get married. But Kestrel has other intentions.

One day, she is startled to find a kindred spirit in a young slave up for auction. Arin’s eyes seem to defy everything and everyone. Following her instinct, Kestrel buys him—with unexpected consequences. It’s not long before she has to hide her growing love for Arin.

But he, too, has a secret, and Kestrel quickly learns that the price she paid for a fellow human is much higher than she ever could have imagined.

Set in a richly imagined new world, The Winner’s Curse by Marie Rutkoski is a story of deadly games where everything is at stake, and the gamble is whether you will keep your head or lose your heart. 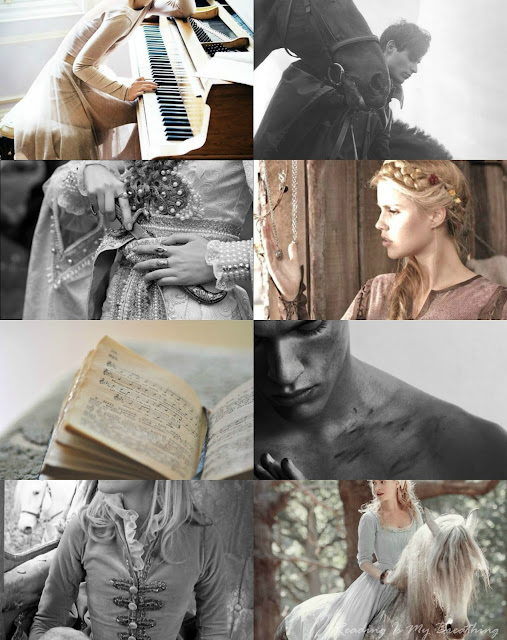 What is The Winner’s trilogy about? Primarily, it’s about forbidden love, about star-crossed lovers, about romance that will make you heart beat faster. If you love intense romance in your books, you are going to adore this series.

Even though I enjoyed this series as a whole, I’m going to start with negatives that I encountered when reading The Winner’s Curse. World-building in first installment was visibly lacking and action was basically non-existent. I feel that it’s important to mention that writing and storytelling was a bit awkward in first book as well and story didn’t flow as nicely as I would wish.

Moreover, in The Winner’s Curse, characters were poorly developed. There was so much potential but it felt like author showed me only the iceberg of what Kestrel and Arin truly were like. Which is surprising. Since there wasn’t much action, I expected character-driven novel with more detailed insight into the characters. But it was not the case and author simply concentrated only on romance in first book. And as I said numerous times in the past, romance itself is rarely enough for me to fall in love with the book.

But enough of negatives. Let me introduce our two main characters: Kestrel and Arin (series is written in dual POV). Kestrel is a gentle girl of sharp mind living in times when only physical strength and fighting skills are valued. Music, generosity and thoughts of equality are frowned upon. It was clear from the there were quite a lot layers to her character. I really liked her. The only downside was that it took too long until author gave us deeper insight into Kestrel’s character. Arin is Kestrel’s slave and belong to the nation that has been occupied by Kestrel’s people for a decade. Obviously, there was no love between them at the beginning. And since I want to keep this review spoiler-free, I’m not going to tell you anything more about Arin. 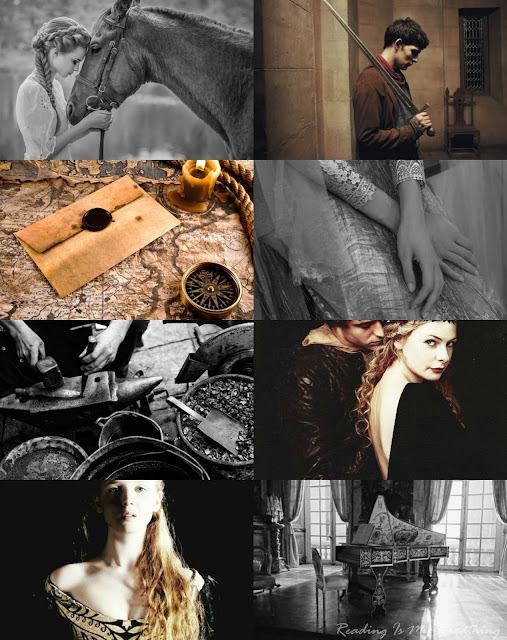 However, second book changed the game for me. There was more strategizing, more scheming, more politics and much higher stakes. I loved that. And finally, The Winner’s Crime brought in depth character development which I sought so intensely in first book. Kestrel grew into devious mastermind, her words and games became sharper and dangerous than any weapon (even to herself). And I grew to admire and respect her.

There were sacrifices to make, war to fought, loves to abandon, loves to forget and all of it left a mark on our main duo. I love reading about characters being shaped and changed through out the books and The Winner’s Crimes provided exactly that. Love and romance got deeper meaning as well and instead of exciting (but childlike) enchantment, it became this solid realistic thing and I could wholeheartedly ship Kestrel & Arin. But beware. Author didn’t make it easy on her readers and Kestrel & Arin were breaking my heart in this series!

In last book, author once again bet on politics, scheming, dark emotions and finally even some action. And it worked. If it wasn’t for somehow slow start that dragged pointlessly and for slightly disruptive flow of storytelling at the beginning, my rating of The Winner’s Kiss would be even higher. Still, I had one personal issue with last book and it was development of characters. I understand that Kestrel and Arin had to change after everything that had happened to them but personally, I didn’t like that much what had become of them. I’m not saying that changes were drastic or unrealistic. Simply said, I didn’t feel as connected to new Kestrel and new Arin as individuals as in previous books.

To conclude, I would like to write about what I liked the most about this series. Author was able to keep star-crossed lovers theme through out all three books and it never lost its charm or realistic factor. It doesn’t happen too often that romance gives me butterflies even in the last book of series so kudos to author for achieving that! I recommend this series to all lovers of YA fantasy genre with strong focus on romance.

ARE YOU FAMILIAR WITH THIS SERIES?
KESTREL & ARIN - DO YOU SHIP IT OR NOT?

Lucia is 29 years old passionate reader and reviewer who enjoys talking about all bookish things. Currently she lives in Prague, works in business industry and dreams of starting her own publishing company. Her weakness? She can never say no to cake, coffee or good novel.
Email ThisBlogThis!Share to TwitterShare to FacebookShare to Pinterest
Štítky: completed series, fantasy, romance, YA
NO MORE WAITING #7: THE WINNER'S TRILOGY
2016-03-23T20:02:00+01:00
Lucia @Reading Is My Breathing
completed series|fantasy|romance|YA|
Newer Post Older Post Home
Subscribe to: Post Comments (Atom)