Today, as a part of my Two Quick Reviews feature, I will compare two YA novels which were inspired by Arabian Nights stories. Both novels are first books in fantasy series and both are set in magical world a lá Orient style. Which one won me over? 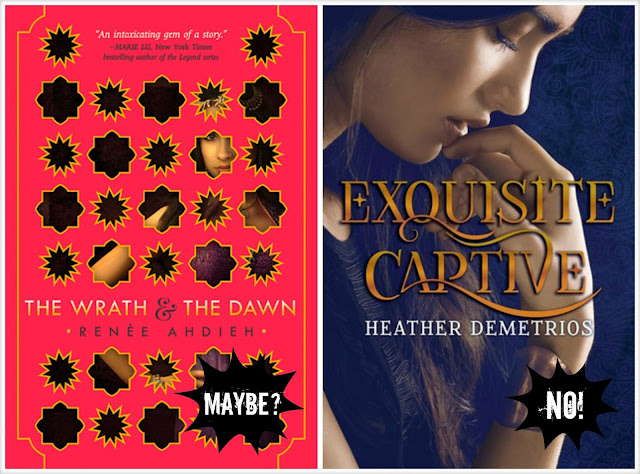 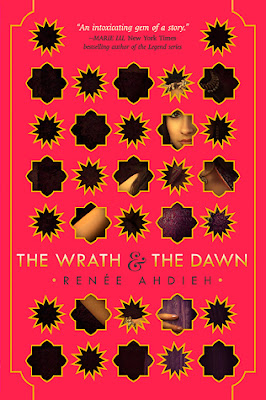 Every dawn brings horror to a different family in a land ruled by a killer. Khalid, the eighteen-year-old Caliph of Khorasan, takes a new bride each night only to have her executed at sunrise. So it is a suspicious surprise when sixteen-year-old Shahrzad volunteers to marry Khalid. But she does so with a clever plan to stay alive and exact revenge on the Caliph for the murder of her best friend and countless other girls. Shazi's wit and will, indeed, get her through to the dawn that no others have seen, but with a catch . . . she’s falling in love with the very boy who killed her dearest friend.

She discovers that the murderous boy-king is not all that he seems and neither are the deaths of so many girls. Shazi is determined to uncover the reason for the murders and to break the cycle once and for all.

The Wrath and the Dawn had all suppositions to become my favorite (haters-to-lovers, multiple POVs, exotic setting). However, I ended up not enjoying this book as much as I hoped I would.

The premise of this novel had a lot of potential but executions lacked the emotional depth and logical profoundness. Moreover, I found romance quite unrealistic and unbelievable. Simply said, The Wrath and the Dawn did not meet my expectations.

Fortunately, writing and storyline were interested enough to keep me reading and I plan to continue with this series. 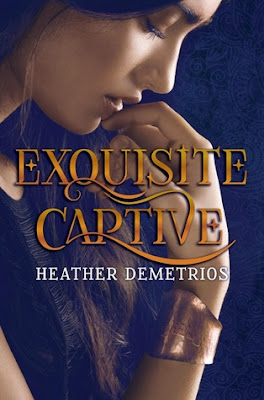 Forced to obey her master.
Compelled to help her enemy.
Determined to free herself.

Nalia is a jinni of tremendous ancient power, the only survivor of a coup that killed nearly everyone she loved. Stuffed into a bottle and sold by a slave trader, she’s now in hiding on the dark caravan, the lucrative jinni slave trade between Arjinna and Earth, where jinn are forced to grant wishes and obey their human masters’ every command. She’d give almost anything to be free of the golden shackles that bind her to Malek, her handsome, cruel master, and his lavish Hollywood lifestyle.

Enter Raif, the enigmatic leader of Arjinna’s revolution and Nalia’s sworn enemy. He promises to free Nalia from her master so that she can return to her ravaged homeland and free her imprisoned brother—all for an unbearably high price. Nalia’s not sure she can trust him, but Raif’s her only hope of escape. With her enemies on the hunt, Earth has become more perilous than ever for Nalia. There’s just one catch: for Raif’s unbinding magic to work, Nalia must gain possession of her bottle…and convince the dangerously persuasive Malek that she truly loves him. Battling a dark past and harboring a terrible secret, Nalia soon realizes her freedom may come at a price too terrible to pay: but how far is she willing to go for it?

Inspired by Arabian Nights, EXQUISITE CAPTIVE brings to life a deliciously seductive world where a wish can be a curse and shadows are sometimes safer than the light.

I just don’t get captor/captive stories when bond is created between cruel master and his slave. Reading about attraction and hormones overpowering someone’s sense of humanity and pride...that is not my thing. It makes my blood boil and I had no other choice but put this book away immediately after reading one particular scene. * beware, minor spoilers ahead *  How could Nalia want to kiss someone who kept her as his slave? She has been his slave for three years. Three years which she spent hating him, undergoing his tyranny, trying to escape him, seeing him doing all this terrible things to other people... And still, she wants to keep kissing Malek, her master, when he is charming to her for the first time? I do not get that. * end of minor spoilers *

Story itself and characters weren’t holding my attention since beginning and once I reached THE scene (see above) I had enough. It is real shame because I loved all other books by this author and was really looking forward to reading this one as well.

None of above mentioned books wowed me. But the fact that I did not finish one of them makes it pretty clear which novel won this "battle". The Wrath and the Dawn presented great Oriental setting and kept me entertained until the end.

What about you? Have you read any (both) of these books? Would you recommend me any other books inspired by Arabian Nights stories?

Lucia is 29 years old passionate reader and reviewer who enjoys talking about all bookish things. Currently she lives in Prague, works in business industry and dreams of starting her own publishing company. Her weakness? She can never say no to cake, coffee or good novel.
Email ThisBlogThis!Share to TwitterShare to FacebookShare to Pinterest
Štítky: fantasy, two quick reviews, YA
TWO QUICK REVIEWS: YA WITH EXOTIC SETTING
2015-07-08T18:53:00+02:00
Lucia @Reading Is My Breathing
fantasy|two quick reviews|YA|
Newer Post Older Post Home
Subscribe to: Post Comments (Atom)