After falling in love with YA contemporary fiction (thanks to Heather Demetrios), I decided to give a chance to other YA fiction stories and picked two novels that peaked my interest. One was world-wide bestseller, the other was ARC I received from publisher. Unfortunately, neither was able to impress me. 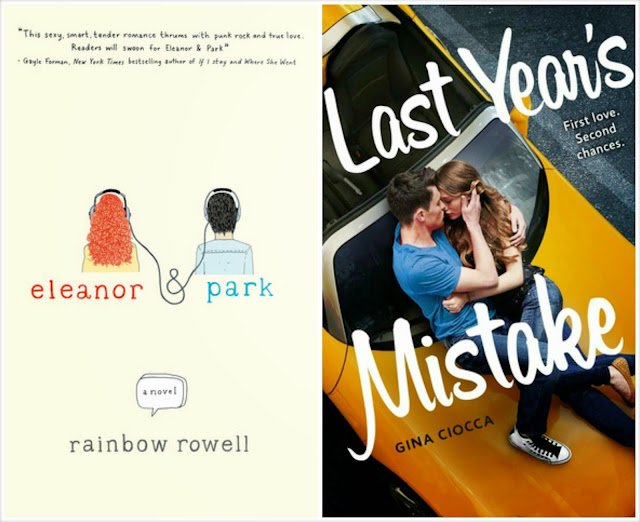 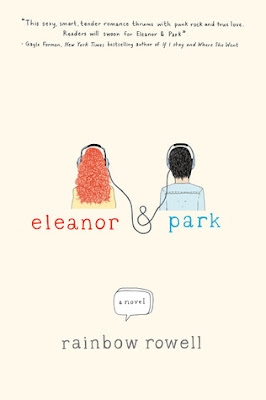 Eleanor is the new girl in town, and with her chaotic family life, her mismatched clothes and unruly red hair, she couldn't stick out more if she tried.

Park is the boy at the back of the bus. Black T-shirts, headphones, head in a book - he thinks he's made himself invisible. But not to Eleanor... never to Eleanor.

Slowly, steadily, through late-night conversations and an ever-growing stack of mix tapes, Eleanor and Park fall for each other. They fall in love the way you do the first time, when you're young, and you feel as if you have nothing and everything to lose.


I really liked late 1980s setting. Neither contemporary, nor historical. I should read more novels with similar setting. Story in Eleanor & Park even naturally evoked some emotions in me, not forced them out of me as some other popular YA fiction authors are in the habit of doing... So I'm glad that I finally gave in and read this book.

However, I wasn't 100% sold on characters and unfortunately did not end up loving them. First half of this of this book was very addictive and I enjoyed it immensely. But second half was disappointing and left me kind of bored. Eleanor & Park was solid read but I have to admit that story as a whole didn't work that well for me and it didn't leave me with any memorable feelings as hype around this novel suggested. Once again, popular book did not live up to my expectations. 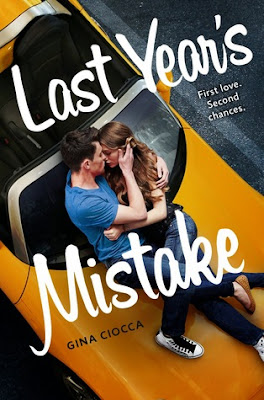 Before:
Kelsey and David became best friends the summer before freshman year and were inseparable ever after. Until the night a misunderstanding turned Kelsey into the school joke, and everything around her crumbled—including her friendship with David. So when Kelsey's parents decided to move away, she couldn't wait to start over and leave the past behind. Except, David wasn't ready to let her go...

After:
Now it's senior year and Kelsey has a new group of friends, genuine popularity, and a hot boyfriend. Her life is perfect. That is, until David's family moves to town and he shakes up everything. Soon old feelings bubble to the surface and threaten to destroy Kelsey's second chance at happiness. The more time she spends with David, the more she realizes she never truly let him go. And maybe she never wants to.

Told in alternating sections, LAST YEAR'S MISTAKE is a charming and romantic debut about loving, leaving, and letting go.

Books like Last Year' Mistake are my least favorites ones (it's wrong to even use word "favorite" in same sentence with this book). This novel left me indifferent. Zero interest in plot. No feelings towards characters. Why didn't I just DNF it? I had been excited to read this book so when I finally got to reading it, I was hoping for something, anything that would make me see it in positive light. Unfortunately, as story progressed it only got worse.

Normally, I would go with 2 stars rating but indecisive heroine who went on stringing guys along (spoiler, highlight to read: yes, this has intense "I am dating one guy whom I love but I am also in love with another guy who is dating my friend" kind of triangle) annoyed me big time so I went with 1 star. Guess I am too old for this level of teenage high school drama.

But to be fair, I need to mention that this rating is based on my personal feelings. Or better said - lack of them. Maybe other readers would feel differently about it?

Lucia is 29 years old passionate reader and reviewer who enjoys talking about all bookish things. Currently she lives in Prague, works in business industry and dreams of starting her own publishing company. Her weakness? She can never say no to cake, coffee or good novel.
Email ThisBlogThis!Share to TwitterShare to FacebookShare to Pinterest
Štítky: contemporary, standalone, two quick reviews, YA
TWO QUICK REVIEWS: YA CONTEMPORARY FICTION
2015-03-18T16:04:00+01:00
Lucia @Reading Is My Breathing
contemporary|standalone|two quick reviews|YA|
Newer Post Older Post Home
Subscribe to: Post Comments (Atom)