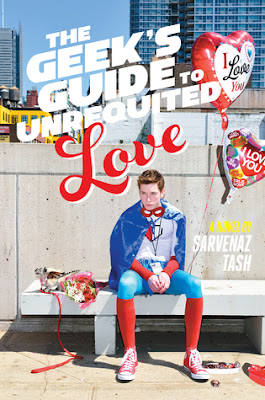 The Geek's Guide to Unrequited Love

John Hughes meets Comic Con in this hilarious, unabashedly romantic, coming-of-age novel about a teenager who is trying to get his best friend to fall in love with him from the author of Three Day Summer.

Graham met his best friend, Roxana, when he moved into her neighborhood eight years ago, and she asked him which Hogwarts house he’d be sorted into. Graham has been in love with her ever since.

But now they’re sixteen, still neighbors, still best friends. And Graham and Roxy share more than ever—moving on from their Harry Potter obsession to a serious love of comic books.

When Graham learns that the creator of their favorite comic, The Chronicles of Althena, is making a rare appearance at this year’s New York Comic Con, he knows he must score tickets. And the event inspires Graham to come up with the perfect plan to tell Roxy how he really feels about her. He’s got three days to woo his best friend at the coolest, kookiest con full of superheroes and supervillains. But no one at a comic book convention is who they appear to be...even Roxy. And Graham is starting to realize fictional love stories are way less complicated than real-life ones. 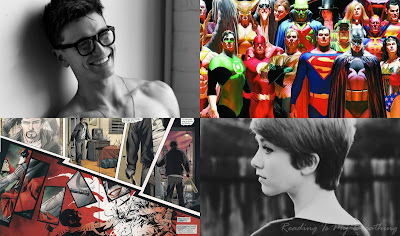 Cute and nerdy teenage love story. That's how I would describe this novel. Or how can everything go wrong when you decide to profess love to your best friend at Comic Con. Most surprising thing? This book was pretty funny, here and there!

Graham can chat and draw comics with his best friend Roxy for hours, but he is at complete lost how to tell her that he loves her and how to get her to be his girlfriend. I'm not going to lie, Graham was awkward but quite unique narrator. Sometimes, he sounded more like fantasy comic hero himself than a real boy. But it was what made him "him" and I was okay with that. However, even though I liked expressive writing style, at the same time it was hard to believe that teenage male narrator would speak and think in such a way. Maybe I'm being judgmental but no real teenage boy I have ever knew (or heard about) had such lively way of expressing himself. So yeah, it was entertaining to read about but quite unrealistic.

In short, The Geek's Guide to Unrequited Love is quick and entertaining read. Nonetheless, it lacked solid background and character's introduction and development. It felt like an episode of sitcom where we are already supposed to know characters and are thrown into the story without proper introduction.

But enough of negatives. Even though this is no masterpiece, I truly enjoyed myself and found premise of comic geeks romance an interesting topic for YA novel and I do think that this book is worth of reading if you want something quick and not very angsty to read.

WHAR ARE YOUR FAVORITE GEEKS ROMANCES?
HIT ME WITH RECOMMENDATIONS!

Lucia is 29 years old passionate reader and reviewer who enjoys talking about all bookish things. Currently she lives in Prague, works in business industry and dreams of starting her own publishing company. Her weakness? She can never say no to cake, coffee or good novel.
Email ThisBlogThis!Share to TwitterShare to FacebookShare to Pinterest
Štítky: contemporary, realistic fiction, standalone, YA
EARLY REVIEW: THE GEEK'S GUIDE TO UNREQUITED LOVE
2016-05-10T17:00:00+02:00
Lucia @Reading Is My Breathing
contemporary|realistic fiction|standalone|YA|
Newer Post Older Post Home
Subscribe to: Post Comments (Atom)